Marlborough Mail – by the school journalists 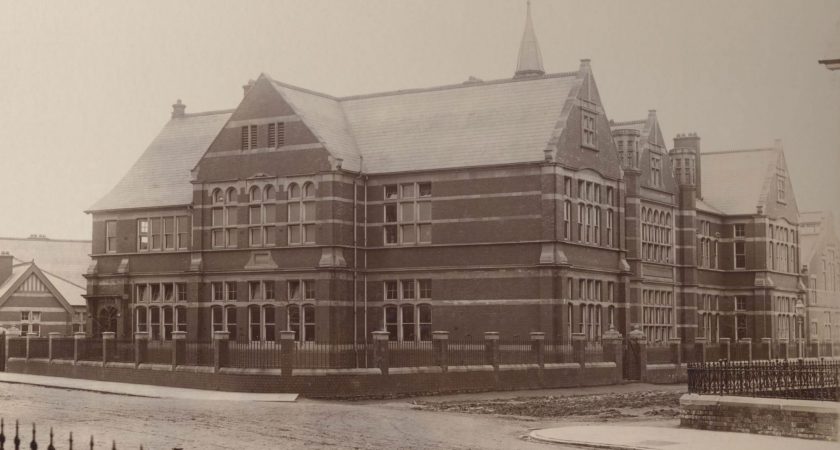 Marlborough Mail – by the school journalists

Welcome to the first edition of Marlborough Mail. 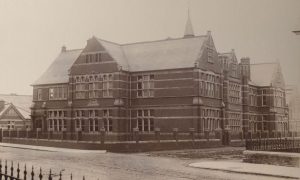 In this edition we will be reporting on our WW2 project and immersion day. In our WW2 immersion day we experienced what it was like to be living in WW2.

Luca Nigliazzo said, “When I walked in that Monday morning everything had changed. There was an anderson shelter that had a rug on the floor a kettle some food and a suitcase with a passport, a birth certificate and a picture of a couple on their wedding day”.

There was another anderson shelter in the playground that was dug up from someone’s garden and was actually used in WW2.

Here are some articles that the school journalists put together in groups. They are about the visitors we had in last Thursday who were alive during the war. They were children at the time and one of them was a teenager during that period of time. There were three visitors one of them lived in Marlborough Road at the time of the war.

We all enjoyed listening to their stories as they were so interesting. They talked all about what they did, if they had any jobs and the things that they mostly did during the war.

We hope you enjoy reading.

An interview with Mr Tony Pengelly

By Evan J and Evan L. 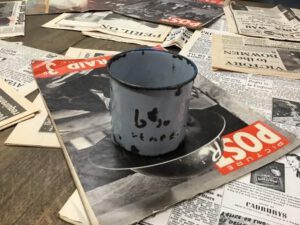 Mr Pengelly at the age of 14 was an ARP warden. He helped people get in to their air raid shelters when the sirens went off. When he was 17 he joined the British Army and went out to war to fight for our country and for peace against Germany. Surprisingly throughout the entire war he only got one injury which was very small.

Mr Pengelly had an old and special mug that is very rare in our days he had written the names of four girls that he was very close to. Mr Pengelly went on a boat to D-day and he couldn’t remember whether he got his feet wet getting of the boat.

A Trip down Memory Lane with Pat Connie – Laing

By Evie Clifton and Alice Farrar

On Thursday 3rd October we got to know Pat a bit more and learn about her experiences in Marlborough when the war broke out. She was only 4 ½ at the time but still got through it even 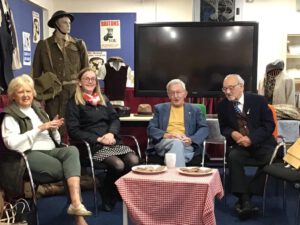 though she didn’t have to evacuate her city.

Pat has told us incredible stories from when she was younger, such as: when the Americans came and gave them blankets, sweets and best of all chocolates; The Americans also introduced chewing and bubble gum.

Pat also used rations, however after the war had ended people still used rations for another 7 years. Pat told us, after dinner her mum would cut a mars bars into seven equal pieces and they would have 1 piece after dinner and that was there ration of the week from the sweet treats.

Pat explained amazing stories to us such as: the skeleton falling out of a BIG bag, and Pat’s doll got chipped with a piece of glass from a window shattered by a bomb.

An interview with Mr West

by Mollie and Skye 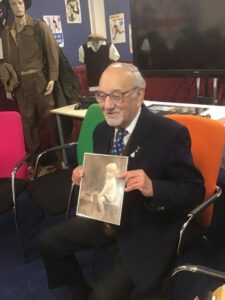 Mr West came in on Thursday 3rd October he told us that he was a pupil in Marlborough Primary School.

Mr West didn’t have to evacuate when World War 2 was on. Mr West showed us that he had a whistle that was from the World War Two, the whistle was used for when there might have been a light showing at night from someone’s house. If there was a light showing he blew it and then they would know that their window was open and shut their blackout curtains.

He told us that on one side of the school the girls did sewing, knitting and cooking then on the other side of the school the boys did metalwork and woodwork. After the school was bombed the children played in all the bricks, wood, metal, toys and the glass windows. Years and years ago children didn’t have school uniform so they just wore their normal clothes to school. 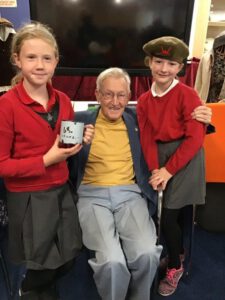 The infant building got bombed during WW2, while the juniors didn’t get bombed.

The  teachers took a long time to set up the playground as if it was WW2. All the children were dressed like the people in WW2 and inside the school was a museum.

The teachers put plants in the playground and they added an Anderson shelter and taped the windows.

Our museum had pieces of art and tools from WW2. The staff were very proud when we arrived on monday morning, wearing our costumes to school. Everyone was so excited, the old museum had artifacts from people from WW2. They brought in gas masks that the children wore and took to school. The classes all got a turn to go into the museum.

Mr Pengelly had never been struck by a bomb (or else he would be dead) but his closest encounter with a bomb was only 50 feet away (roughly as long as the playground) but fortunately the bomb did not go of so there was no need to worry.

The swim for safety

Thank you for the Marlborough Journalists that wrote these articles. 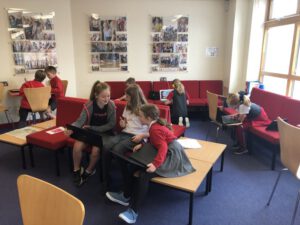 Thank you for reading

Our next edition of the Marlborough Mail will be in November.(After half term)

We hope you enjoyed reading the Marlborough Mail.